Guess what? Today’s post has 2, yes 2! Cakes featured in it. I had a client approach me and ask if I could make two cakes for each of her boy’s birthdays. They were having a joint Hot Wheels themed birthday party. One was turning 2 and the other 5. I was more than willing to make these cakes!

These Hot Wheels Cakes were super fun to make! One of the numbers was Vanilla Yellow cake and the other was Chocolate cake. Both were carved into the given number and then frosted with Vanilla Buttercream. The tops were covered in fondant to make the “road” and the sides were decorated with fondant squares to mimic the checkered flag. The sides were brightened up with buttercream “grass“. 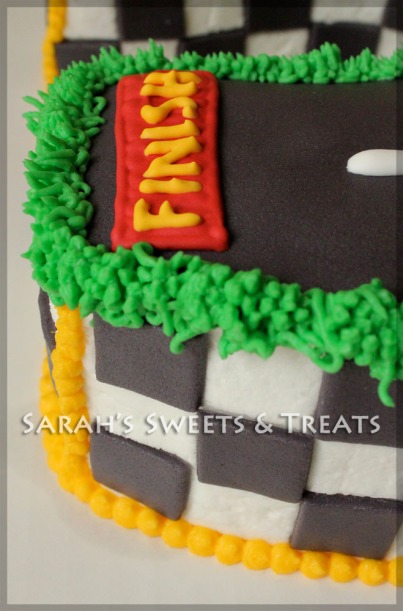 On top of the road I piped the Hot Wheels logo with Royal Icing and then wrote in each boys name. There is also a “start” and “finish” on each number. Then some actual Hot Wheels cars were placed on top – they are racing to the finish! I liked this touch because then the birthday child has another new toy!

Oh yeah! To go with these two cakes there were cupcakes as well! These were simple – chocolate and vanilla like the cakes and then piped with Hot Wheels colors and topped with rings that doubled as party favors. 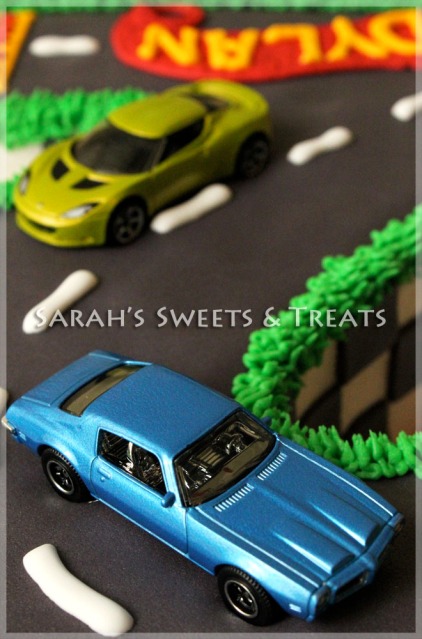 These cakes were fun, and I heard that they were a hit at the party. I liked the challenge of using various elements on these cakes: carving, buttercream, fondant, and royal icing. All are very different to work with and produce different results, it was fun to see how they all worked together in one cake!