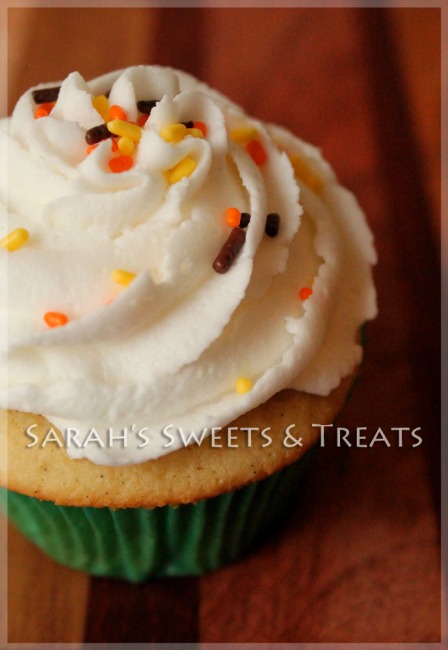 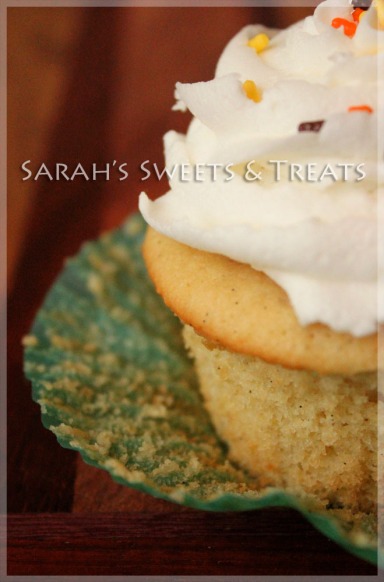 The recipe called for an entire vanilla bean to be scraped into a cup of sugar and then left alone for about 30 min. for the sugar to become infused with the vanilla flavor. This was one of the only difference that I noticed from any other vanilla cupcake recipe I have used and it showed promise. Once out of the oven the cupcake looked beautiful. It had  a nice domed top and you could see the specks of vanilla from the bean.

How did it taste? It was very moist and tender. It was also most definitely vanilla. But, it was lacking a little “pizzaz”. It was nothing special, and I want something special if I am going to eat a cupcake – since I much prefer a cookie! And if I am going to use a whole vanilla bean (not cheap out here) I want the end result to be something more. It was good, very tasty, but not great – if you know what I mean! 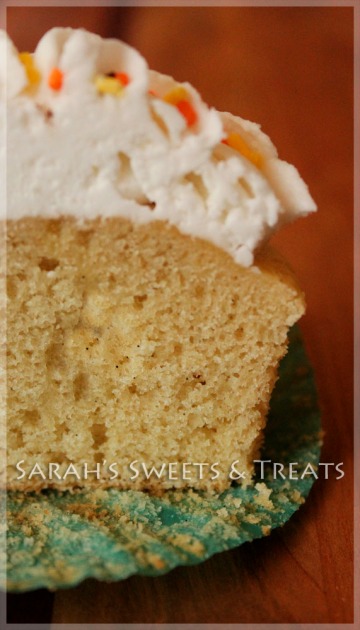 I made these for a fall get together at church. I topped them with Vanilla Buttercream and  then decorated with fall sprinkles. Simple. Nice. Yummy! 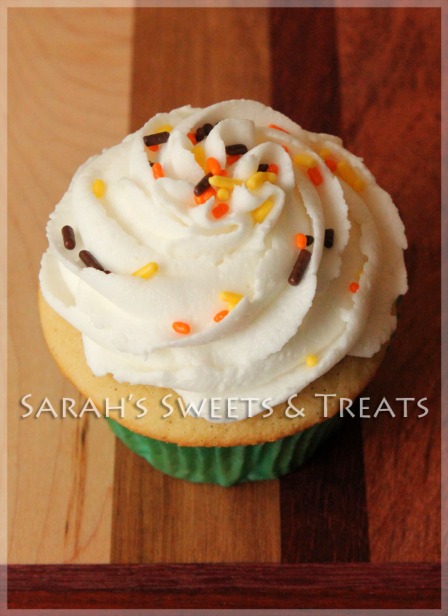