It’s getting closer to Halloween and I have decided to do this little preview of what you could be enjoying on All-Hallows Eve. Mummy Cupcakes! 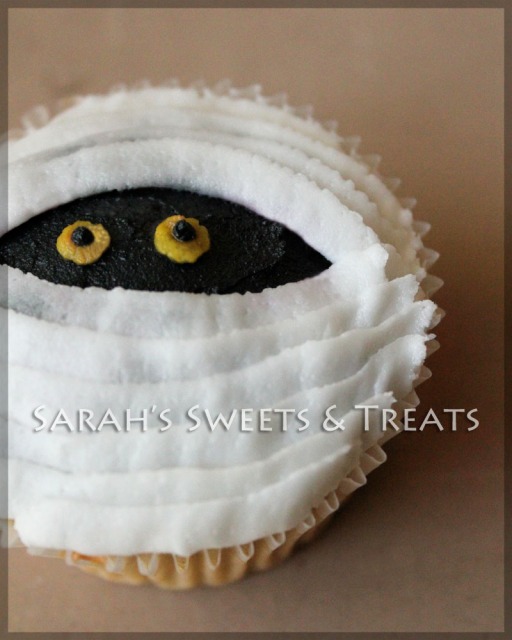 I made these with a new recipe – it is a Wheat Beer Cupcake. They actually turned out surprisingly good. I frosted them with Vanilla Buttercream and decorated them like little mummies!

While baking these cupcakes I could smell the wheatyness from the beer, but the flavor was not too overpowering in the finished baked cupcake. Having the frosting on top added a contrasting flavor that went quite well with the cupcake. The original recipe called for a orange-spiked beer glaze that I am sure would be quite tasty too. I would have to describe these as a Man’s Cupcake!